Supporters and staff of BLG Mind have raised nearly £6,000 towards our vital work by taking the 2.6 Challenge.

Like many charities across the UK, BLG Mind has been significantly impacted by the cancellation of fundraising events due to the COVID-19 crisis.

The 2.6 Challenge, a nationwide fundraising event, was created to help address this. The initiative was launched on 26 April, the day the London Marathon was due to take place. Members of the public were encouraged to raise funds for a charity of their choice by undertaking any activity related to the numbers two and six.

BLG Mind staff and supporters threw themselves into the challenge with a number of fun and demanding activities, including a 2.6-day silence, mother and toddler yoga sessions, a 26 km run, and baking and selling batches of 26 biscuits.

BLG Mind Fundraising Manager Lucy Morrell said: “We were overwhelmed by the response; so many people got involved supporting the campaign. We are thrilled to say that, including Gift Aid, we have raised over £5,700.

“We want to say a huge thank you to everyone who took part and raised money or donated. People in our community affected by mental health problems and dementia need our help and support more than ever. The vital funds raised by this campaign will help us continue to be there when it matters.” 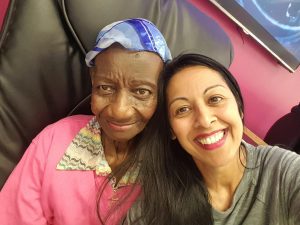 Saira Addison was one of those who took part in the challenge for BLG Mind. The Mindcare Dementia Services Manager cycled 26 miles in memory of her close friend Esther, a former midwife who was diagnosed with dementia in 2015 and died in 2018.

Saira said: “I once asked Esther what she valued most about our friendship, and Esther said it was that I always made time to chat, adding, ‘That’s all anyone wants’.”

To donate to Saira’s 2.6 Challenge, visit her fundraising page.

To make a donation to BLG Mind, visit our JustGiving or Virgin Money Giving pages.