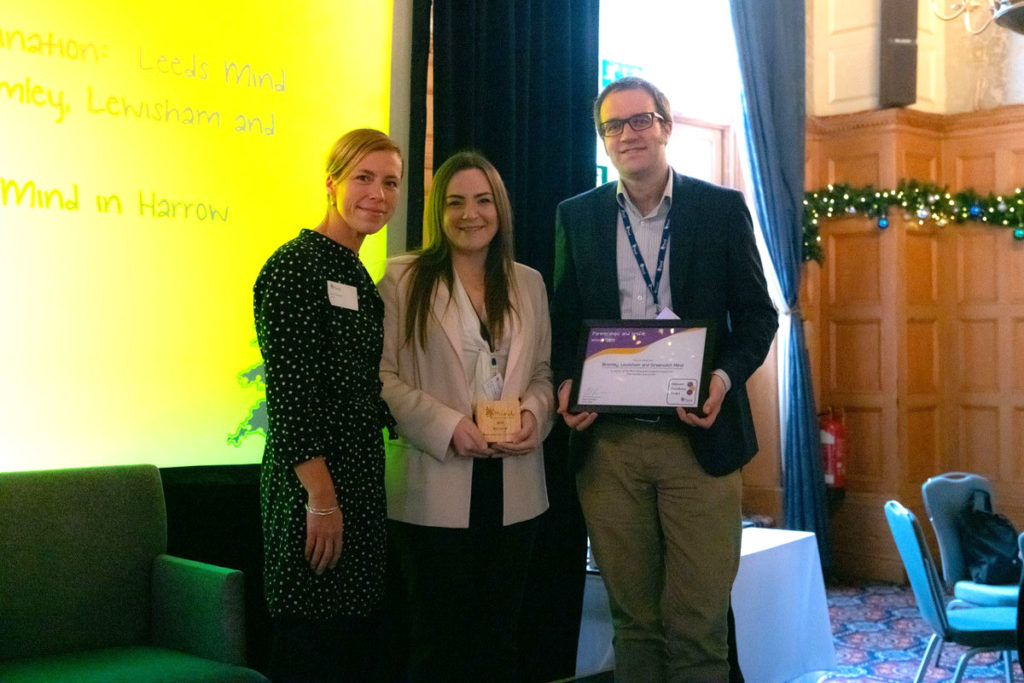 Bromley, Lewisham & Greenwich (BLG) Mind is delighted to have won a Mind Excellence Award for ‘Partnerships and Profile’ for the work done by the Bromley Well mental wellbeing pathway, working with four other local charities. The award was received by Gracie Tredget and Ben Taylor at the Mind Networks Leaders Conference in November 2019. 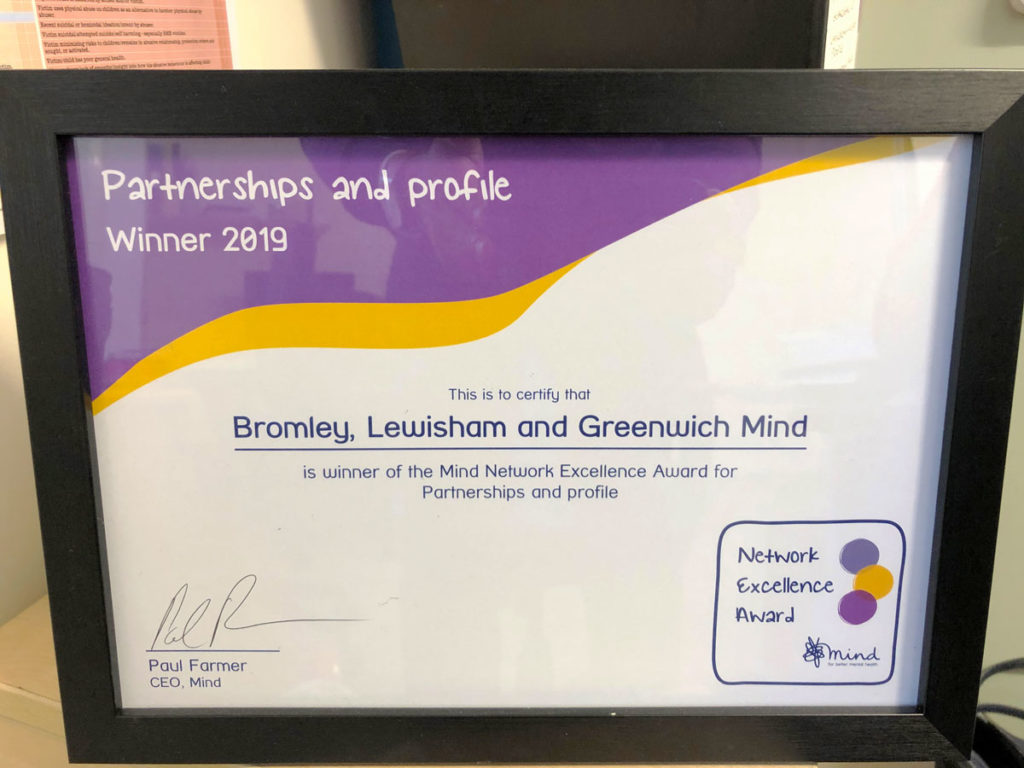 The Bromley Well service helps residents of Bromley borough stay emotionally and physically well, by accessing relevant, local support. The service has already exceeded targets supporting over 20,000 people since October 2017. The service has had 98% satisfaction rate from users and there have been a number of positive health outcomes too: a reduction in the rate of cardio-vascular disease, depression, type 2 diabetes, A&E admissions and GP appointments/consultations. 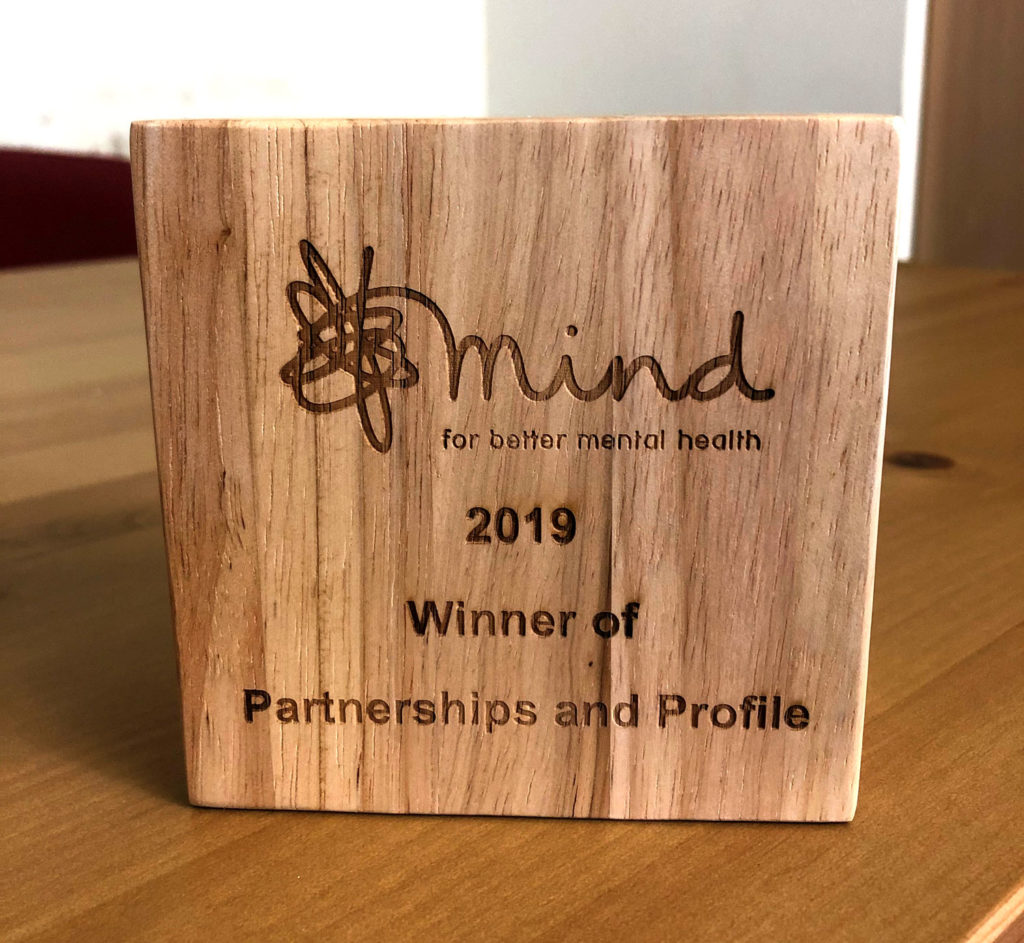 One GP from a Bromley practice said,

“I’ve just reviewed a patient with mild depression who I signposted to Bromley Well. When I reviewed him in February, he was tearful and really stressed. He had been like that for over a year. We decided to try talking therapies before reaching for antidepressants. However, I personally thought we were heading for medication.

He contacted Bromley Well at the end of February. He found them really kind and understanding. They have got him onto a [Cognitive Behavioural Therapy] CBT course. He has already had two courses. Because of their work, this patient’s mind-set has completely changed. We have avoided antidepressants.”