What is a Dementia Friendly Community?

Dementia Friendly Communities is an Alzheimer’s Society programme to get everyone, from governments and large companies to local small businesses, schools and public services, share part of the responsibility so people with dementia feel understood, valued and can live and contribute to their community.

Local communities have to meet certain criteria to show what they are doing to make their local community dementia friendly.

What Bromley has been doing to become Dementia Friendly

Most recently, for Dementia Awareness Week 2017, more than 16 local, cross-sector partners came together to raise awareness about dementia in Bromley borough. The event reached hundreds of Bromley residents during the week with events including:

The work to make Bromley a dementia friendly community has continued with another virtual dementia experience in Bromley town centre on Monday 9th October 2017.

People from the Emergency Services, Your Bromley,  Age UK Bromley & Greenwich, local hospices and care homes, social workers, MyTime Active and the Mayor of Bromley had an eye-opening experience of what it may be like to have dementia on the Virtual Dementia Bus.

Bromley joined seven other London boroughs in being recognised as a local community working towards becoming more dementia friendly at the BDAA Innovation in Dementia Care event on 17th October 2017, held at the Bromley Civic Centre.

Opening the event with Angela Clayton-Turner, Samantha Buckland of the BDAA, said that with Bromley borough’s recognition and award, London is well on the way to becoming dementia friendly by 2020, with other London boroughs showing interest and working towards establishing themselves as dementia friendly communities. 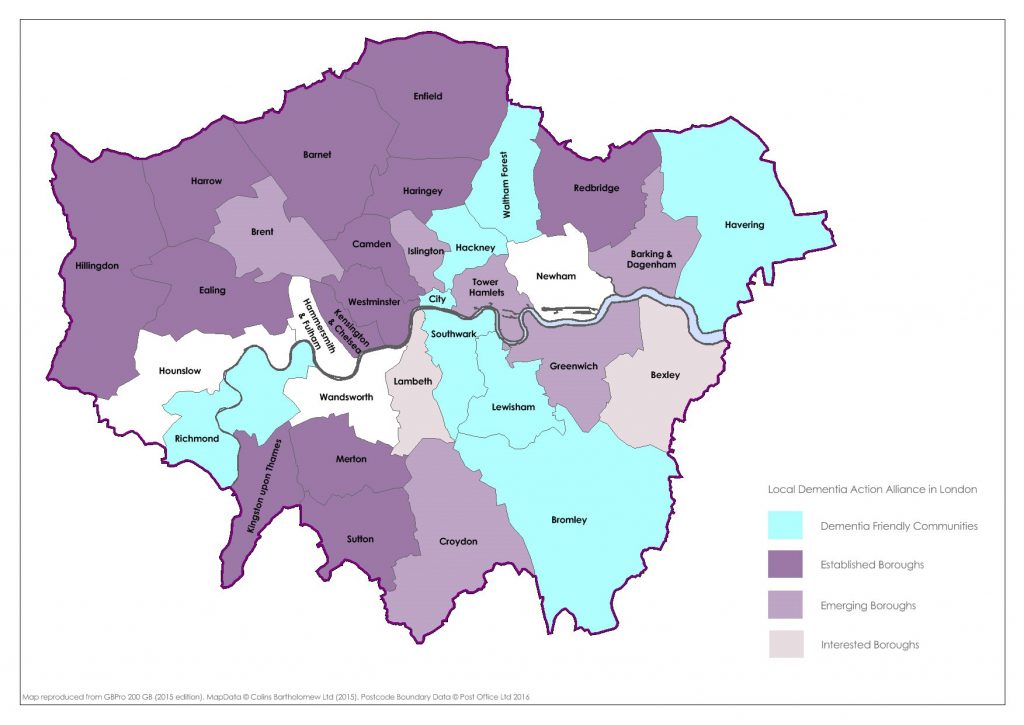 Making it Easier for Bromley Residents to Access Dementia Support

Nikki Fishman, from the Bromley Dementia Support Hub, spoke about the role of the Hub in making it easier for Bromley residents diagnosed with dementia and their carers to access the support they need.

In the first 12 months of operation, the Hub has:

A Carer’s Perspective of Dementia

Lorraine McGlone cared for her husband, who had Alzheimer’s disease, for several years before he passed away. Lorraine shared how she saw her loving, well respected and professionally accomplished husband initially deteriorate slowly in his 50s.

Lorraine’s very personal talk moved everyone in the hall, reminding everyone that:

The Importance of People in Dementia Care

A former Head Teacher, Keith was diagnosed with Alzheimer’s at 55 years old. After attempting to continue work, Keith decided to speak and write about his experience of dementia (including charities, health and social care professionals, and the United Nations (UN) Committee on Rights of Persons with Disabilities).

Keith reminded the audience that everyone experiences dementia differently – there are things he did seven years ago when he was diagnosed, that he can’t do now. With the right support, people living with dementia can continue to live their lives and contribute valuable insights to our collective understanding of dementia.

Keith also emphasised that dementia is more than just clinical symptoms and diagnosis. Keith asked dementia health and social care professionals to engage with the person beyond the dementia and to involve them – understanding the whole person, their history, identity, culture, personal traits – to provide the best possible dementia care. 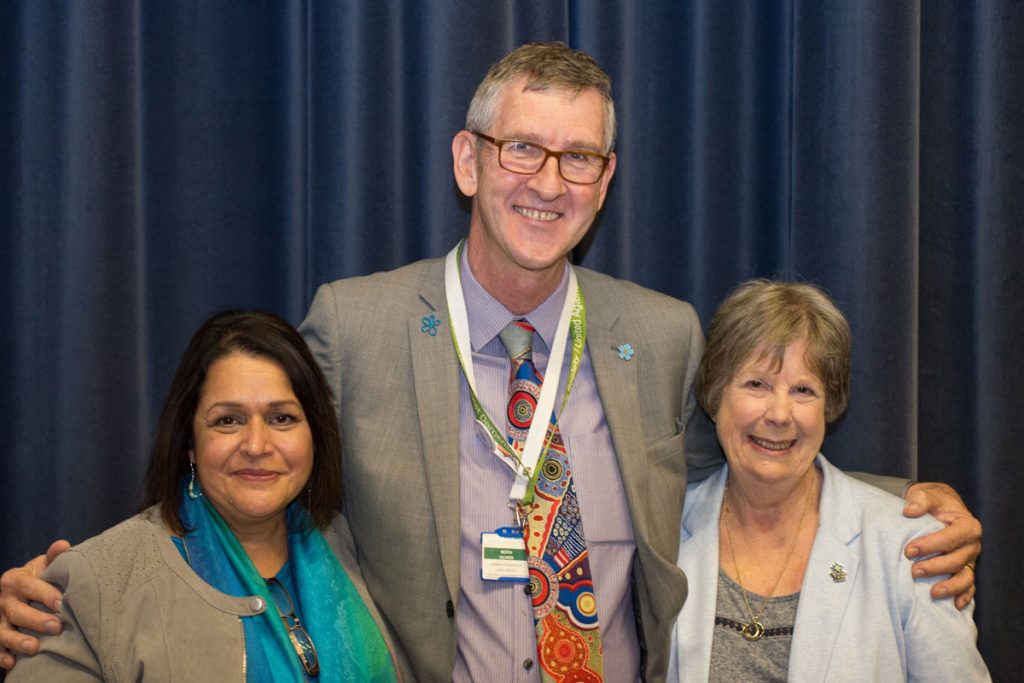 The Innovation in Dementia Care event was attended by Inspector Phyllis Rooney of the Bromley Metropolitan Police, sharing how they are using the Herbert Protocol.

The Herbert Protocol consists of an official form to be completed in advanced of anyone with dementia potentially going missing. It can be used by family carers or professional care providers to provide up-to-date details of a person’s habits, places to visit etc, so they can be found as quickly as possible. 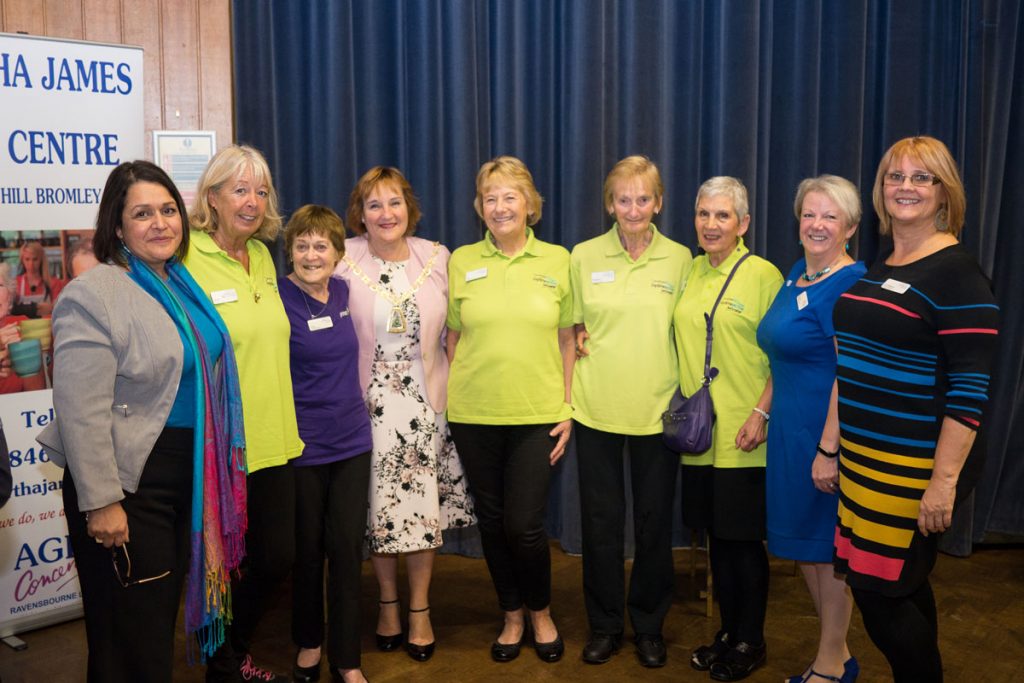 Chris King and colleagues from MyTime Active shared how their leisure centres in Bromley borough have been becoming dementia friendly, providing dementia friendly buddies to support people with dementia to engage in activities at the centres, whilst family carers take a break from caring.

How the NHS is Supporting People with Dementia

Staff from Oxleas NHS Foundation Trust spoke about how the Occupational Therapy team support people with dementia to live in their own homes. Assistive Technologies have a role to play in this, using data and monitoring to ensure that people with dementia are staying active and healthy as possible. Answering questions from the the audience, Oxleas NHS Foundation did emphasise that Assistive Technologies should be just that – assistive. They should not replace or be a substitute for in-person care for people with dementia and technology should only be used as a supporting tool. 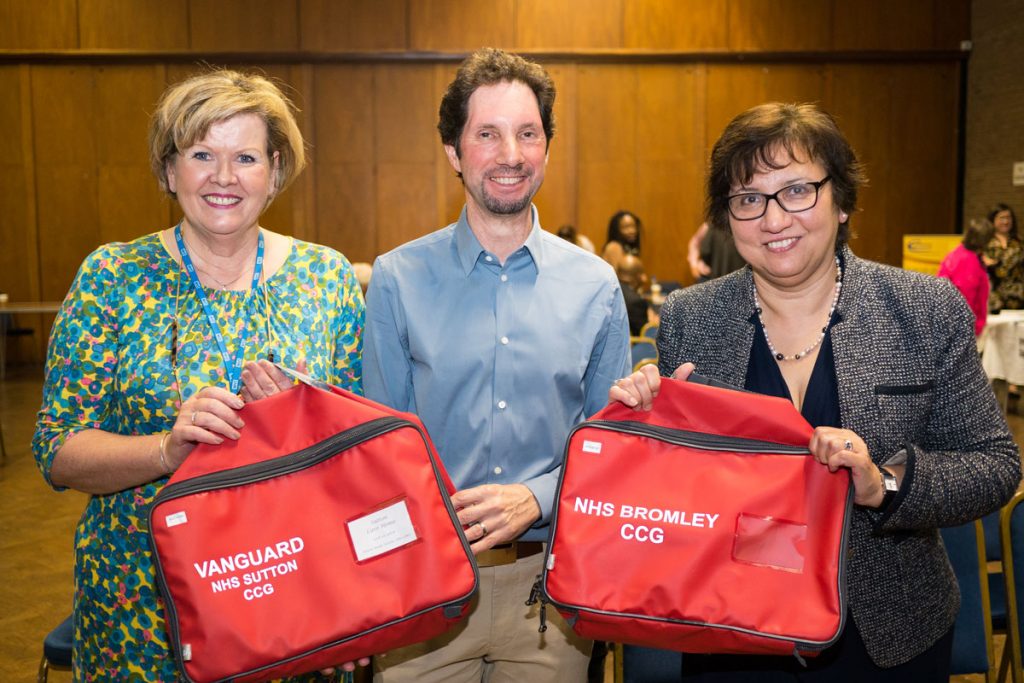 In the afternoon, the Innovation in Dementia Care event was chaired by Angela Bhan, Chief Officer of NHS Bromley Clinical Commissioning Group (CCG).

When a care home resident needs to go into hospital, a red bag containing their personal belongings, personal details, information on health conditions, medication and a change of clothes is packed for them. The Red Bag also contains a “This Is Me” document which stays with the resident throughout their hospital stay and contains information on the individual’s preferences, likes, dislikes and interests.

The Red Bag stays with the patient whilst they are in hospital and with all the necessary information included, the care home resident can be treated more effectively, quickly and with more dignity when they go into hospital. This new approach had led to older people spending less time in hospital – eight days on average, which is four days fewer than before the scheme started.

“Alzheimer’s Society has challenged the Mayor and all Londoners to help us make London the first dementia friendly capital city in the world by 2020.  Organisations like the Bromley Dementia Action Alliance are doing just that.  We are making brilliant progress in London with more and more communities having their work recognised as working towards becoming dementia friendly.

We are celebrating all the work you have done, and events like this also help us hatch more plans for the future. There is a lot to celebrate and a lot to do!

We are also working with the Emergency Services on systems to help people with dementia, for example, the roll-out of the Herbert Protocol in boroughs where there is no other system to find people more quickly if they get lost and are living with dementia. We know that your Alliance is also working hard with these services to make their staff Dementia Friends.

Thank you, Bromley, together we will make London a dementia friendly city!“